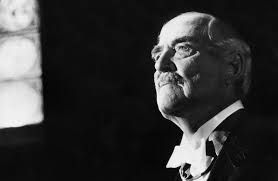 In some ways the inverse of Frank Capra's It's A Wonderful life (although both sort of end up at the same place), Ingmar Bergman's Wild Strawberries follows Professor Isak Borg (Victor Sjostrom) as he journeys to accept a lifetime achievement award. Aging and near the end of his days, he reflects on the regrets of his life during the trip while interacting with fellow travelers along the way. Kurosawa's Ikiru deals with similar subject matter, but takes a more sociological approach to mortality, avoiding the troubled theology of Bergman, yet both films never fail to put one in a reflective state of mind, regardless of age.

Western culture romanticizes youth as the time to do everything and have lots of fun. Possibilities look endless at age 21, yet for anyone who's 21, that can be both exciting and daunting. We never know the consequences of our decisions until we have the benefit of looking back with hindsight. In the film, septuagenarian Professor Borg is asking questions like: What kind of person was I? What were my mistakes? Why did I not learn from them? Why am I full of regret?

In dream sequences, Isak relives moments of unrequited love and scenes from his unhappy marriage. His wife came to despise him and carried on affairs. The present and past are merging in some ways. Accompanying him on the trip is his daughter-in-law Marianne (Ingrid Thulin) who grows to have a grudging respect for Isak and even confides in him about her own issues with his melancholy son Evaid (Gunnar Bjornstrand), also a doctor.

Mortality, a recurring theme in many Bergman films, is looked at from a variety of perspectives here. Evaid is chronically depressed and despairs of his own existence, even walking out on Marianne after she reveals she's pregnant because he has no wish to bring a child into the world. A touch of despair is infecting all the characters.

Along the way they pick up three young hitchhikers. The two men in the group debate the existence of God and even come to blows and compete for the affection of their female companion. Later, they encounter a bickering middle aged couple, a shadow of Isak's own marriage.

Bergman is expressing a harsh truth: Regrets are inevitable as we age. Despite Isak's successful career as a doctor and scientist, his personal life has been a disaster resulting in grief and loneliness in his old age. Questions of whether he would've been happier with this person or had devoted more time to his family no longer matter. Approaching 40 when he wrote the film, Berman was musing on whether the "What ifs?" will consume us as the end nears. I suppose so, and there's really no way around it except by how one chooses to deal with it.

"Arid" is word that keeps popping up lately. Those with a religious perspective often use the term to describe the secular worldview, but it goes both ways. One of the hitchhikers wants to be a clergyman, an ambition his companions find quaint. Preaching a theology in a world of rapid social and technological change, informed by a catastrophic century simply offers a solution among many, at worst a pitiful nostalgia for a past that never existed. Turning to conventional religion ultimately involves not leaps of faith, but flights of fancy.

Wild Strawberries resolves itself by, to quote Lincoln, turning to the "mystic chords of memory." The professor thinks back to moments of his childhood to assuage his regrets and fears. Many poets have offered a similar prescription to despair, but few films have expressed the notion in such a brave and unvarnished way.

Posted by Eric Gilliland at 8:40 PM