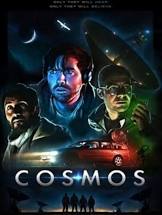 Here's a list of new films I discovered in 2020. They're in no particular order. Many of these were discovered on Amazon Prime, which I consider the closest thing to visiting those mom and pop video stores back in the VCR era. TCM deserves credit as well for another stellar year of programming. Many were also discovered form podcasts, notably the Pure Cinema Podcast and The Projection Booth Podcast. Mike White hosts the Projection Booth Podcast and has been hosting excellent virtual watch parties of rare films throughout the year on Friday nights. I also want to include a shout out to the Important Film Podcast hosted by Will Sloan and Justin Decloux who cover a staggering variety of films and genres each week, both are unabashed proselytizers for the cinema of Matt Farley. Here they are in particular order:

American Scary (2006, John E. Hudgens) - I enjoyed this documentary on horror hosts on American television. Local stations from the 60s to the 80s would run horror movies on the weekend that were accompanied by a host providing entertainment, usually to distract from the low quality films. Unfortunately, local TV stations would rather run infomercials or CSI reruns instead of original programming. In their own way horror hosts allowed local talent to shine and provided a sense of community.

The Cremator (1969, Juraj Herz) Brilliant and haunting film about a cremator who views his vocation as divine - transforming once living people into ashes. Set in Czechoslovakia on the eve of the 1938 German invasion, the plot takes some unexpected turns that deals with collaboration, antisemitism, nationalism, and the corrosive psychology of fascism.  Innovative editing with astounding performances.

Baby It's You (1983, John Sayles) Set to a Bruce Springsteen soundtrack, the best example of anti-nostalgia I've yet to see. John Sayles zeroed in on the sense of ennui and desperation of the Sixties that's hardly ever represented in movies. Many people (including myself) who weren't there for the 1960s tend to see it through rose colored glasses.

My Beautiful Launderette (1985, Stephen Frears) Set in Thatcher's Britain, Pakistani, the examines the complex relationship between the English and Pakistani communities. Omar (Gordan Warnecke) aspires to be an entrepreneur with the help of his lover, a one time street thug/fascist played by Daniel Day Lewis. The film feels more relevant than ever with its intertwining themes of politics, economics, race, and sexuality. Roshan Seth gives an awesome performance as a radical journalist exiled to England.

The Spook Who Sat by the Door (1973, Ivan Dixon) Too inflammatory for 1973 due to its sympathetic approach to black militancy, there's few films quite like it then or since. Am African-American man working for the CIA (hired as a token black by WASPS who run the agency) leaves out in disgust and applies CIA subversion tactics to American cities under going civil unrest.

Park Row (1952, Sam Fuller) Engaging and fast paced story about journalism in 1886.  The unveiling of the Statue of Liberty is a key plot point, an idealistic and even romantic film at times. Every character has their eye on the future as if pulled by some magical force. Fuller's direction moves like a freight train.

Cosmos (2019, Elliot Weaver, Zandra Weaver) A modern Sci-Fi film with a beating heart, accomplishing what many set out to do on a much larger budget. Three astronomers come across strange signals and make some astonishing discoveries over the course of a night. Although the dialogue is stilted at times, it's a slow burn in the best possible sense. You might have to an amateur astronomer to appreciate this one.

You Only Live Once (Fritz Lang, 1936) Star crossed lovers on the run, it would make a great pairing with They Live by Night. Henry Fonda and Sylvia Sidney exude tragic fate in their performances, downbeat in the best possible sense.

Summer Wishes, Winter Dreams (1973, Gilbert Cates) Heavy going Bergman influenced drama about a middle aged couple at a crossroads. Excellent performances from all. Martin Balsam gets a lead role for one and he's memorable alongside Joanne Woodward.

Tribulation 99: Alien Anomalies in America (1992, Craig Baldwin) A hilarious mockumentary imagining the  post WWII political climate from a tripped out right wing perspective imagining a shadow war against hollow earth people manipulating world history. The filmmaker definitely did his research and used stock footage to perfection. The narration is surreal and hilarious.

Tomorrow I'll Wake Up and Scald Myself With Tea (1977, Jindrich Polak) A wacky time travel film from Czechoslovakia. It's 1996 and time travel using rockets is a vibrant part of the tourism industry. A group of ex-Nazis want to travel back and give Hitler the H-bomb, but that's only scratching the surface of the plot. Yes, a character getting scalded with tea is a key part of the story. I was reminded of Chaplin films, imagining the tramp on a time travel journey. Pratfalls and metaphysical jokes - endlessly inventive and fun!

Lost Soul: The Doomed Journey of Richard Stanley's "Island of Dr. Moreau" (2014, David Gregory) One of the best troubled production genre of documentaries. You get a visionary director pushed to the edge of sanity, Val Kilmer behaving badly, and (very) late period Brando.

Don't Let the Riverbeast Get You! (2012, Charles Roxburgh) My intro to this film universe. Set in New Hampshire, the deadpan humor and dialogue are unique. It had the feeling of a live action Simpsons episode with an Ed Wood sensibility. Lots of great physical comedy as well, fighting and dancing!!

No Subtitles Necessary: Laszlo & Vilmos (2008, James Chressanthis)  Engaging on documentary on the careers of legendary cinematographers Vilmos Zsigmond and Laszlo Kovacs. Both refugees from Hungary, they would revolutionize cinematography during their careers. Many familiar faces appear, but there are so many great films to cover I feel like some got short thrift. A must see for fans of New Hollywood.

Stay Tuned (1992, Peter Hyams) Light hearted parity of early 90s pop culture with John Ritter and Pam Dawber. So much of its time period, it's hard to resist. Ritter plays a couch potato who gets sucked into his television set.

Going Back (1983, Ron Teachworth) It's the summer of 1964 and best friends Clee and Brice (early Bruce Campbell performance) decide to hitchhike around Michigan. Along the way they befriend a lonely older man and help him out with his farm, meanwhile Brice connects with a shy local girl. Four years later they return and discover it's hard to recapture the past. Going Back is a moving film about the decisions we make and how time passes quickly. The acting in this regional film is perfect and real. Streaming on Prime - highly recommended.

Images (1972, Robert Altman) Mesmerizing and haunting, with an awesome performance by Susannah York. My favorite Altman period, would be make a good double bill with Rosemary's Baby (I know Repulsion is the obvious choice). Interesting John Williams score.

Posted by Eric Gilliland at 8:07 PM