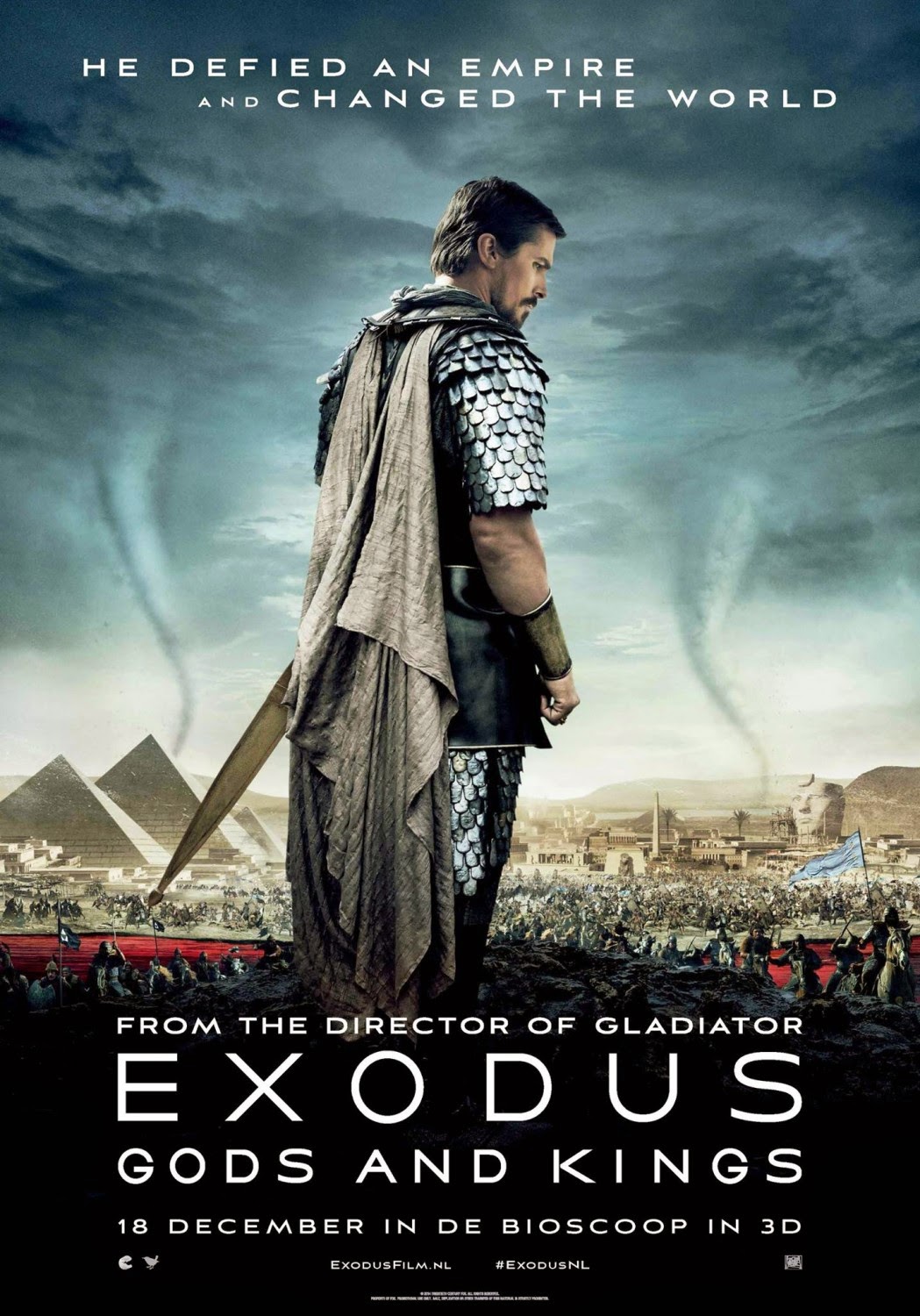 Ridley Scott's Exodus: Gods and Kings retells the story of Moses leading the Hebrews from bondage to freedom. With a subdued Christian Bale as Moses, Gods and Kings is more concerned with the psychology of the Old Testament, a fresh approach similar to Darren Aronosky's Noah.  Like in Gladiator, Scott relies too much on CGI effects which invoke no sense of wonder whatsoever. Despite its major flaws, Gods and Kings has a strong narrative and avoids being a complete disaster.

Gods and Kings downplays the spiritual themes of the Exodus and is more concerned with political and psychological underpinnings.  Moses begins the story as the adopted (and favorite) son of the Pharoh Seti (John Turturro).  Seti's son Ramses banishes Moses when his Hebrew heritage is revealed, a race the Egyptians kept in slavery.  He builds a new life as a shepherd in the desert, marries, and starts a family.  One day Moses is called upon by the Hebrew God Yahweh to lead the Hebrews out of bondage and into the promised land of Israel.  God appears to him as a creepy and demanding little boy.  They don't like each other.  Portraying God as a child may offend some, but anyone who reads the Old Testament knows God had a serious mean streak.

Bale does a good job of portraying the conflicted nature of Moses: a man at odds with his God and the people he is leading to freedom.  The God "child" likes to play games and treats him like a toy, while the Hebrews have no respect for his authority.

The villain, Ramses (Joel Edgerton) lacks the charisma of Yul Brynner in the Cecil B. DeMille epic The Ten Commandments and comes off like a heel in the WWE.  Other important figures in the story such as Aaron and Joshua are ignored.  And way too much time is spent on the plagues, a mere showcase for the CGI effects.

The somber tone of Gods and Kings seems right for the story, but there's so much more to explore.  Four screenwriters received credit and the lack of unity shows. What about the transition to Monotheism?  Little is learned about the Hebrews themselves and why they stayed loyal to their God.  What sustained them during the Exodus?

As a character study, Gods and Kings had great potential;  As a spectacle, it sputters.

Posted by Eric Gilliland at 6:29 PM